If the quality of music can be scaled in exact values, and we then plotted on a graph with respect to time, The Agonist’s curve would be an exponentially increasing one, as their music keeps reaching new peaks with every new release. In late 2019, the Canadian Melodic Death Metal group soared to a new high with their new album, Orphans.

We had the chance to chat with vocalist Vicky Psarakis, winner of Best Aggressive Vocals Award in FemMetal Awards 2019, about the new album, her life with the band and many other things. But first, here is our review of the album that we pretty much enjoyed writing.

You can skip the review and jump straight to the interview by clicking here.

There’s no perfect piece of art. However good the poem, the book, the photograph, or the paiting is, there are always factors of human perception that differ from a person to another. However, some pieces of art asymptotically approach perfection. Orphans by The Agonist is one of them. Here are four things we loved about Orphans.

The riffs, the melodies, the beats!

One of the things that make Orphans such a great album is the music in it. The record is rich with amazing riffs, catchy and breathtaking melodies, and powerful beats that keep the listeners fully perceptive to what’s coming next. In Vertigo, The Gift of Silence, Mr. Cold, The Killing I, Dust to Dust, and Burn It All Down are songs we particularly loved the music on.

The riff opening Dust to Dust is one of the best, going on through different stages of the song, and always sounding perfect with the varying beats and vocals over it. There are plenty of excellent guitar solos as well, especially on The Killing I and The Gift of Silence.

Vicky Psarakis’s voice is naturally a great one. She has a very beautiful tone when she’s singing regular vocals and that same tone also shapes her growls that are loaded with power and strength. However, on Orphans, Vicky did more than just use her gift. In simple words, if we want to represent each tone Vicky used through the ten songs covering 43 minutes of the album with a colour, we’d surely have a full spectrum.

Vicky’s voice varies in pitch, quality and strength matching the exact requirement of the music and lyrics, just like water takes the shape of its container. Furthermore, her growls vary as well, increasing or decreasing in aggressiveness and tone as the song requires. Incredible. One of the best vocalists out there.

In Vertigo, The Gift of Silence, Blood As My Guide, and Dust to Dust are songs where we absolutely adored Vicky’s voice on.

We’ve spoken before about the awesome set of riffs and melodies used through the course of the album as well as Vicky’s outstanding variety of tones in vocals. But the album is also rich with awesome ideas. Each song in the album is unique in a way or another. There are no songs with vague identities. We can safely say that each and every song on Orphans is good enough to be released as a single. When a song comes to end, it leaces wondering, what’s more to come and what’s next. The band did a great job distinctifying each song with a vocalization or a unique intro, and why not, some Greek lyrics in Blood As My Guide breaking the monolinguality and giving neurons a harder but exciting job to do.

The gift of ‘The Gift of Silence’

The Gift of Silence is the best song on the album and that is scientifically proven. (Not really, that is just an opinion) The song starts extreme and heavy with Vicky growling along with a fast and harsh riff and drums. Then, out of nowhere, the heaviness is paused, soft notes play slowly with vocals whispered for few moments, before heavy beats and riffs come back, this time for Vicky to explode with feelings in a wonderful chorus. This pattern repeats and is only broken by a great guitar solo and later Vicky’s harsher death growls that lead us back to the chorus, now amazingly contrasting in our ears with the heavier death growls we heard few moments ago, opening our hearts wide to receive the lyrics ‘Let it rain, rain all over me…’ projected from Vicky’s deepest voice full of feelings onto our deepest emotions, to finally drop the music, before the last word of the last phrase of the chorus ‘…what it’s like to be free,’ is utterred, feeling from that relieved tone used what it might be actually like to be free. Brilliant.

Mirk: Hello Vicky. It’s really a pleasure to talk with you. How are you and your band-mates doing?

Vicky: Fantastic! Just got back home from our Europe tour with Jinjer and it was an absolute blast!

Mirk: You recently released the new album ‘Orphans’. Many of my friends have said this is their favourite ‘The Agonist’ album so far, and I agree. How are you feeling about the reception you’re receiving on this album?

Vicky: I’m extremely happy and satisfied with it. I think we all felt really strong about “Orphans” when we were recording it, but of course you can never really predict people’s reactions. We definitely think it’s our best album to date and it represents us 100%.

Mirk: If I may say, whether in your earlier work with E.V.E or your previous stuff with The Agonist, you’ve always had an excellent voice at both growling and clean singing. But in ‘Orphans’ there is something different. You’re not only singing with a good voice as you’ve always had, but your voice seems to have a special signature and identity now. How did you manage to find and build this identity in vocals?

Vicky: Thank you! I think it’s just natural progression after years and years of hard work. I’m never satisfied as an artist. I think there’s always room for growth and you should never ever stop practicing your craft. That’s why I love singing covers, for instance. There’s always so much to learn and discover when you tackle a song that’s a bit outside of your comfort zone.

Mirk: An artist sometimes has that piece of art they feel proud about and are eager to see their fans’ reaction to. Is there a song or more on Orphans that gave you that feeling?

Vicky: Absolutely, I was anxious to share the whole album with the world. I think it travels through different dynamics and listening to it from beginning to end takes you on a journey. The tracks that I feel a bit more connected to as a songwriter I’d have to say are “Orphans”, “Blood As My Guide” and “In Vertigo”.

Mirk: ‘Orphans’ contains a wide variety of song structures and elements from different places in Metal. You sing in many different tones and we find ourselves visiting many places during the album. What other varieties in music would you still love to explore in your career?

Vicky: I’m a music lover in general. Sure, rock and metal music hold a bigger place in my heart, but there’s no genre I can’t find myself enjoying. There’s something good to find in everything. I think that’s the strongest reason you hear so much variety in the vocals. Part of it is intentional, wanting to be a versatile vocalist, but part of it again is just natural progression from a wide range of vocal influences.

Mirk: You’ve been with The Agonist for more than half a decade now during which you released 3 albums. What things have you learned during this period that you can say made you a better musician?

Vicky: Songwriting is the biggest part of it. The more you write, the more you grow. It also becomes easier with time. “Orphans” for instance, was the fastest and easiest album to write. Another huge learning curve was the live performance and how it’s completely different from jamming or recording at home. And both of those things are connected, you don’t want to record something you’re unable to pull off live.

Mirk: A Greek friend of mine recently started trying to learn how to growl and sing. She told me you’re one of her biggest inspirations to do so. How do you feel when you know you’re inspiring younger girls to persue their dreams in music, and what advice would you give to these young women aiming to be musicians?

Vicky: That’s absolutely amazing to hear! Hearing things like that makes me feel all warm and fuzzy inside. As for advice, I would say practice, nonstop practice. You never know what you’re capable of unless you push yourself beyond your limits. And don’t worry if it sucks in the beginning, it’ll only get better with time.

Mirk: Have you ever faced sexism or discrimination? How did you face it and what advice would you give to young girls who face various kinds of misogyny around the world?

Vicky: Yes, of course. I think every woman has experienced it to some degree. My piece of advice, in all honesty, is to just ignore it. Assholes exist everywhere. You can’t expect to change the mindset of every person on the planet or be loved by everyone. I guess everyone’s sensitivity levels are different, but I’ve grown to realize that the more you focus on something, the more of a problem it becomes in your mind and really affects you. So the best thing really is to just not give a damn.

Mirk: If you had the power to get rid of one crisis or problem the world is facing now, what would you get rid of?

Vicky: Negativity. I could choose to say war, racism, sexism, world hunger, etc, but all those problems have a common source and realistically, the world will never be a perfect place. But I think it’s getting better. People are becoming more and more aware and accepting of things that just 20-30 years ago were faced differently. The thing is that I’ve always believed we should be doing our part on an individual level, putting something positive into the world and helping out to the best of abilities. Negativity is just a poisonous thing that alters people’s mindsets, demotivates them and makes problems seem much worse than they actually are.

Mirk: Aside from music, what other hobbies and activities do you enjoy doing in your free time?

Vicky: I’m a pretty normal person, don’t really have any crazy hobbies. I enjoy being at home with my family and dogs, watching movies, cooking, working out and occasional going out to a nice restaurant or pub. It’s kind of the complete opposite from being on tour, but simple things are what keep me happy at home.

Mirk: Thank you Vicky for your time and the opportunity. I wish you luck in all your future endeavours. 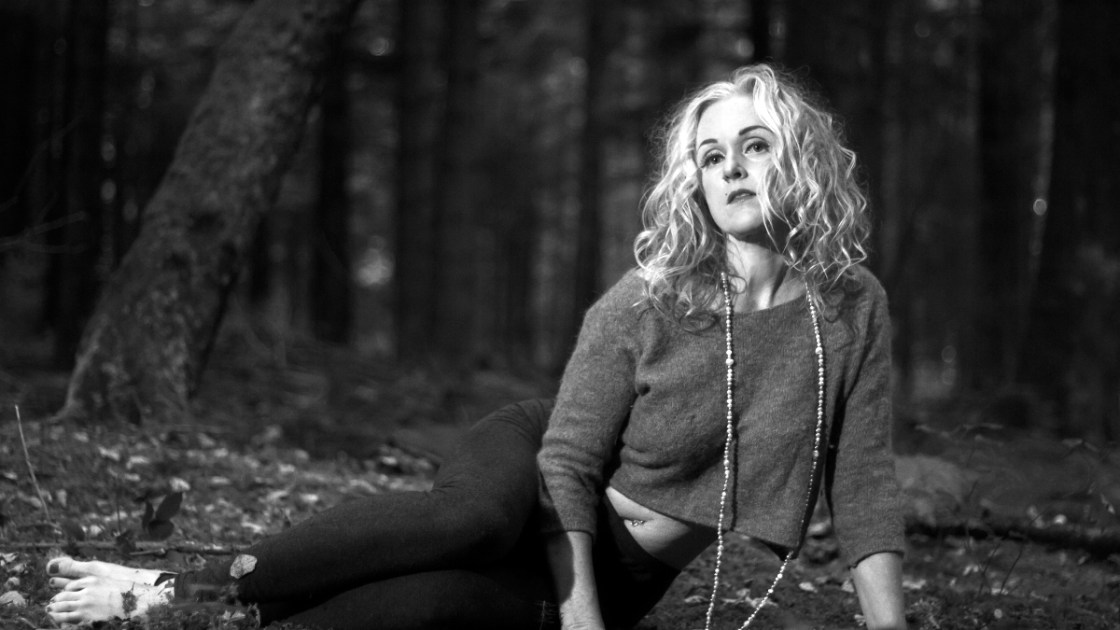 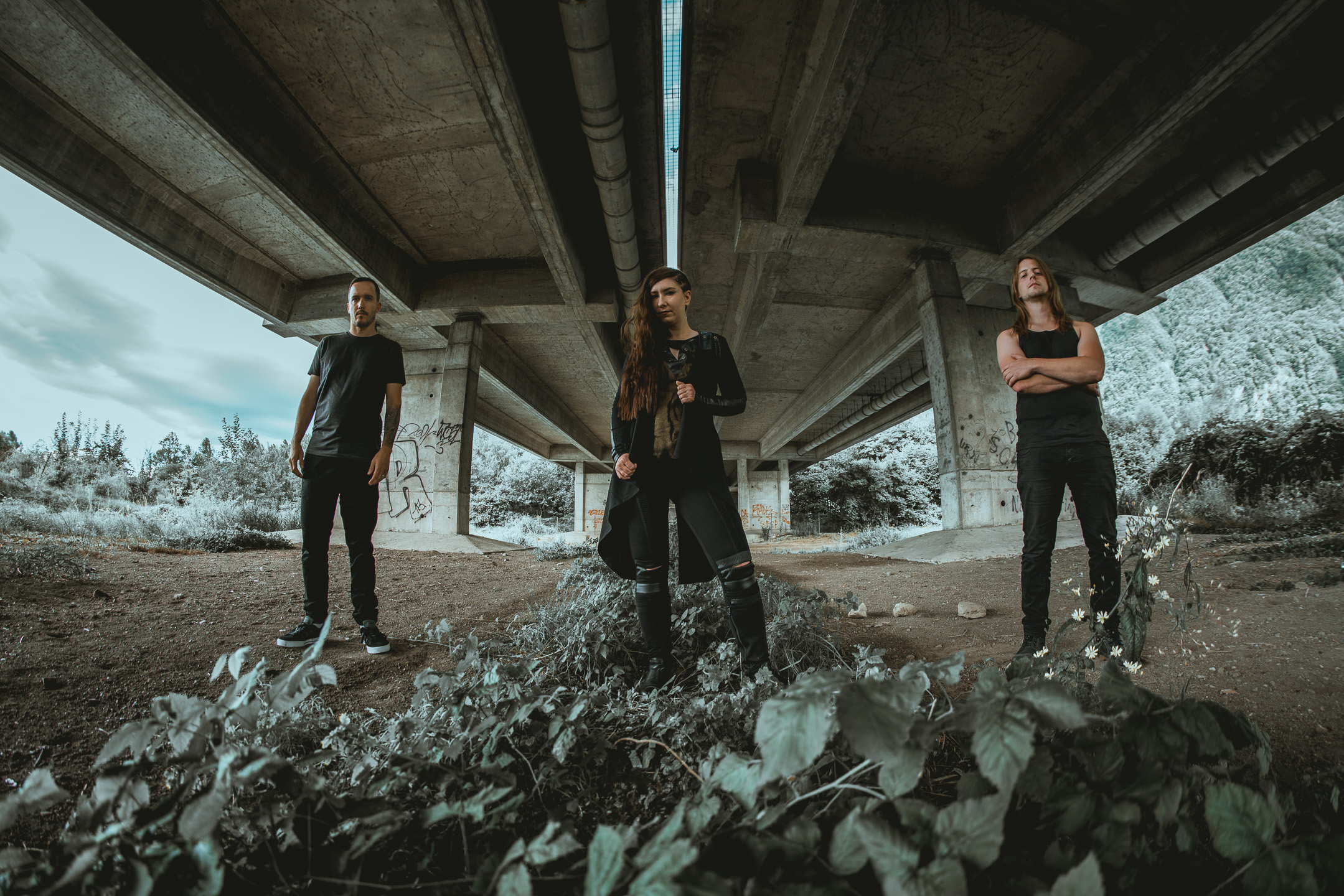 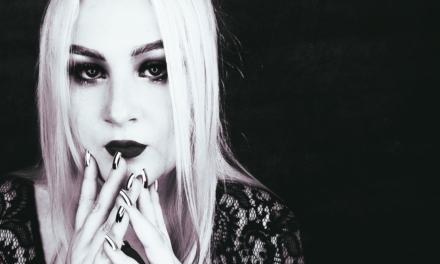 Interview with Effy Gold (The Effigy)