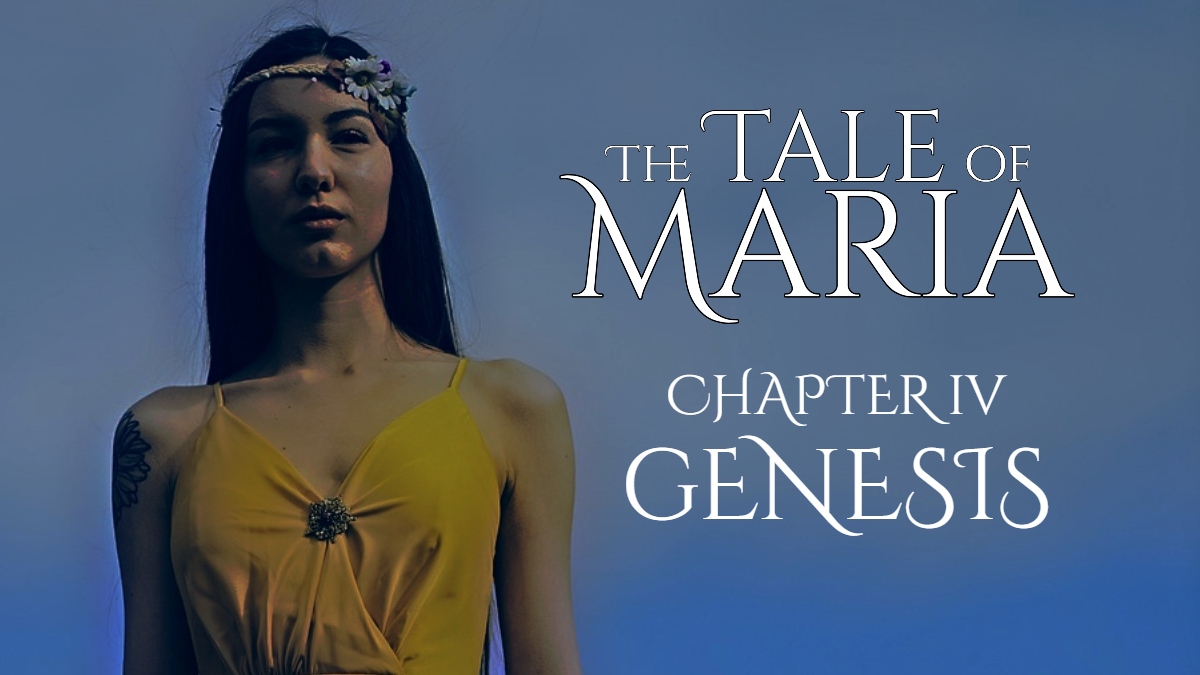 “When the story passes from one generation into another, it becomes a myth. With every new storyteller, words change, details are added and other details are forgotten. From one story, hundreds of myths emerge, each with a trace from the truth but none completely true. The only way to track back the actual events is to speak with those who were present when it occurred or who have been in direct contact with them, something impossible for mortal humans. But I know the whole truth – the truth of how vampires came to be.”

Pietro sat near the fireplace, looking at the flames while talking articulately. As he spoke, Maria and Alfred were all ears, listening to every detail. Maria felt she should be more terrified due to Pietro’s reaction, but her feeling of excitement vanquished her fear as the truth she had been seeking for years was about to unfold before her. She turned her eyes towards Alfred who appeared to be delighted as well. He must be, thought Maria. He did tell her Andrei will hold the key to the truth even if he did not know. The key was that note that led to Pietro, and here is Pietro telling them a tale that only a handful know.

“It all began in Greece, back when the shapeshifters, warlocks and seers walked freely among humans. They grew in power as they allured powerful men to join their armies. They invaded cities, proclaimed themselves kings and queens. As they tasted power, they grew hungry for more, and they soon lost interest in ruling and started aiming for the one thing that can control humans more than monarchy – divinity. Those enlightened knew them for what they really are. Their worshippers, however, called them what the myths call them now. You know them. Zeus, Poseidon, Hades, Athena, Hermes, and the others – the “gods” of Greek mythology.

Among the enlightened were three princesses, Leucippe, Arsippe and Alcathoe, the daughters of Minyas, King of Orchomenus, whom the shapeshifter Dionysus killed and sat as king on his throne. He let the Minyades live, as princesses were considered a fortune in those days. A day came when Dionysus announced a festival and promised that he’d bless the lands and corps of those who would attend his feast with gifts of bread and wine. The Minyades refused the worship of Dionysus. The princesses influenced many others to neglect the invitation to the festival.

When only a few came to his feast, Dionysus was infuriated. He learned from his spies about the influence of the Minyades and ordered the three princesses brought to his court. ‘Fall down and worship me,’ he ordered the princesses. They did nothing. He shapeshifted into a mighty bull, then a lion, and then a leopard. When he finally took back his human-like form, he growled again: ‘Fall down and worship me.’ The princesses stood still.

Dionysus ordered everyone outside the courtroom. One guard came in holding a cradle. Inside the cradle lay an infant, the child of Leucippe. It was at that moment that Dionysus doomed Earth with a curse when he took out his blade and cut down the child. He then ordered the grieving sisters taken to the mountains and left there. ‘Cut their legs so they’d come back here,’ he ordered the guard. What he told the others, and the myth known today is that the Minyades offered him the child as a sacrifice and an act of worship before fleeing to the mountains.

Years passed and the Minyades roamed the mountain, crawling on their knees, feeding on berries from the fields and drinking dew and syrup from trees to survive. Tears were never dry in Leucippe’s eyes. The sisters fell one by one to death until only Leucippe remained. It was then that the warlock Hermes found her lying in a field. When he looked at her face he saw the most miserable woman he has ever seen and felt sorry for her. Hermes then, out of mercy, changed Leucippe into a bat through a spell. He then watched as the giant bat flew away.

But there was something neither he nor the Minyades knew; a secret hidden for generations. Beneath the human skin of Leucippe was a dormant power of a shapeshifter, inherited from her grandmother. And when Hermes reformed Leucippe into a bat, her ability to transform herself was awakened. Her human consciousness survived the change and she was now able to change herself back and forth into a bat, at will. Time made Leucippe’s grief only greater. So when she had the ability to fly back to her city, Orchomenus, that was what she did. She came upon Dionysus at night, while he was in his bed. Taking the form of a bat, she thrust her fangs into the immortal’s neck and drew blood out of his veins. She kept sucking on his blood until Dionysus was no more. Only then, she let go. When she did, she found herself back in her human form standing still, her legs fully healed. She felt powerful, a feeling that only lasted for seconds, as she soon could not withstand the blood of the immortal now running into her veins, and so she fell down and died.

When the guards came and saw the two dead bodies, they mourned their god and king and cursed the woman who murdered him. Who would have the power to kill a god? They wondered. They assumed she herself is a goddess or a messenger of the gods. They feared that burning her would anger the deities, and so they threw her body outside the city walls. That was a mistake, for the blood of the immortal, the same blood that killed her, still running in her veins, touched her heart and brought her back to life, not as a human, but as an abomination of a shapeshifter, unable to die of old age or by any mortal weapon, thirsty for blood, the essence of life, and able to transfer her malady through the blood into any human with a tainted soul. And so, the first vampire was born.

When the other so-called gods learned of these events and the fall of Dionysus, they all joined forces to find and kill Leucippe. When they finally were able to find and restrain her, the most powerful of them, Hecate the enchantress, in the process of weakening her, placed a curse upon her soul. The curse was mighty but Leucippe was now killable. Comus, the son of Dionysus, eager for revenge from his father’s killer, staked her heart with a sharpened piece of wood. Her essence then left her and she fell dead. The “gods” rejoiced believing to have won. Yet then when each returned to their dwelling, they found thousands of men and women dead on the streets, some by plague, others by the sword. The curse Hecate placed was at work. Still, it did not end here.

It was three hundred years later when they started hearing stories of dead people walking among the living and of dead bodies drained of blood. Leucippe was back, and this time she spread vampirism in many towns. The vampires could only die through fire or by being staked in the heart with a piece of wood, the same manner their mother first died. The “gods” hunted the newborn vampires, killing a number of them. Comus, now empowered by many spells, was leading the war against the vampires. When he faced Leucippe, he was able to stake her again, and again thousands died through Hecate’s curse. Leucippe’s essence roamed the Earth, looking to reincarnate once again.

When the gods finally retreated to the great mountain, living in hiding as the humans were growing stronger, preferring to be worshipped as mysteries than hated as rulers, they left Comus behind, living a life of a modest human. Comus would roam the world, looking out for Leucippe’s rebirth. And when he’d find her, he’d call upon the immortals who would send the most powerful of them to kill her. And whenever they’d succeed, the Earth would be cursed, and a huge war or a plague would hit the planet, killing thousands in its way.”

“So you see,” he then said, “the only vampire to exist without being turned into one is…”

“Are you telling me that Leucippe has possessed me? Or that I am a descendant of her?” interrupted Maria.

Pietro chuckled at the question. “No, dear, this is not how it works,” he then said, “You are neither possessed by Leucippe, nor you are her offspring. You, Maria, you are Leucippe.”

Maria fell silent and all she could do was gaze back and forth at Alfred and Pietro. The silence lasted for about a minute. Then Pietro, sick of waiting for Maria’s reaction, stood up.

“Come on now,” he said, “your old memories will come back to you as you grow stronger. You cannot stay here. I must move you somewhere safe,” he said. Maria was shivering in fear.

In half an hour, Maria and Alfred were in Pietro’s car. She was lying down in the backseat while Alfred sat in the front, with a weird smile on his face. Pietro looked at Alfred and smiled back at him.

“What are you hiding behind that smile?”

“It’s not every day that one rides in the same car next to an ancient vampire priest and with a Death Metal musician slayer of a Greek god in the backseat.”

“I am curious about one thing,” said Alfred, “well, many things actually but for now I’ll ask about one. You never mentioned the father of the child of Leucippe.”

“Hippasus,” a soft but keen voice from the backseat said.

They both turned around and looked at a much different Maria. She was sitting straight, not shivering anymore, and her eyes were glowing red like fire.

“The child’s name was Hippasus,” she said, “He was named after his father. His father was murdered by Dionysus when he entered Orchomenus.”

Pietro smiled as he started the car’s engine.

“Nice to see you again, Leucippe,” he said as he started driving.

This morning, a man was found dead on a street in the suburbs of Paris. The autopsy report showed that the man’s death was caused by being stabbed to the heart by a sharp object. The man’s body appeared to be in a bad condition as some eye-witnesses reported he looked “too pale for a man who only just died”.

What adds to the mystery is that the French police could not identify the man who reportedly had no paperwork or even a wallet on him. A shop owner from the area said that the deceased used to be his customer and that he was known only by his first name, Andrei. 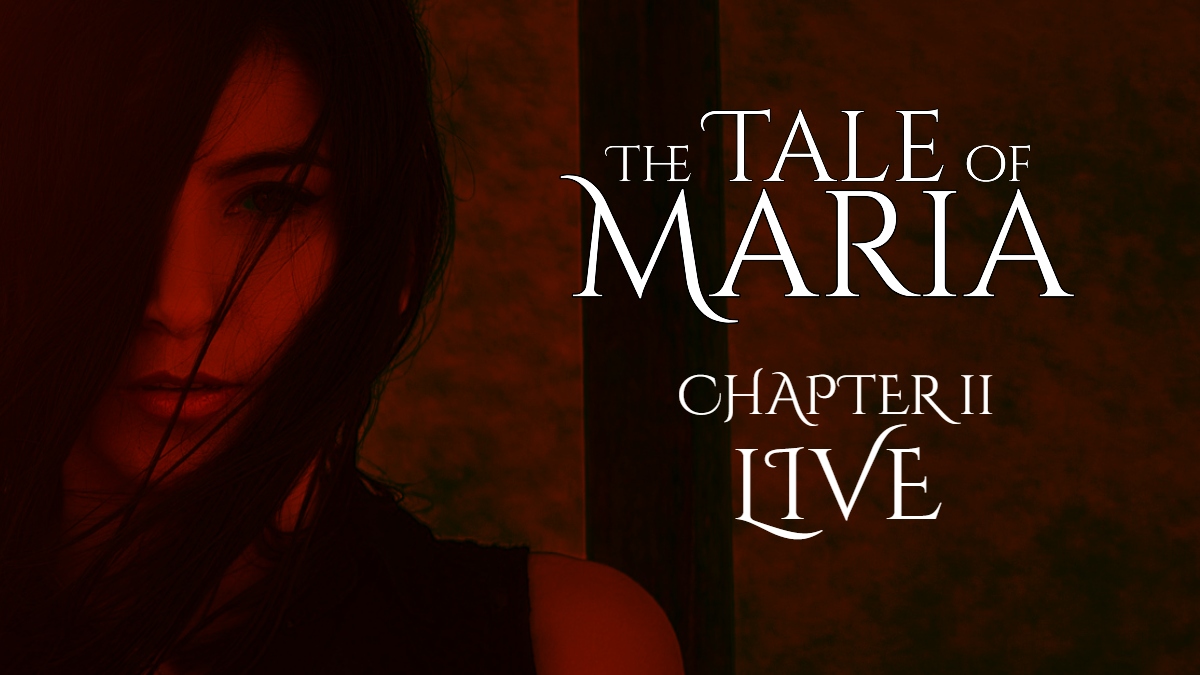 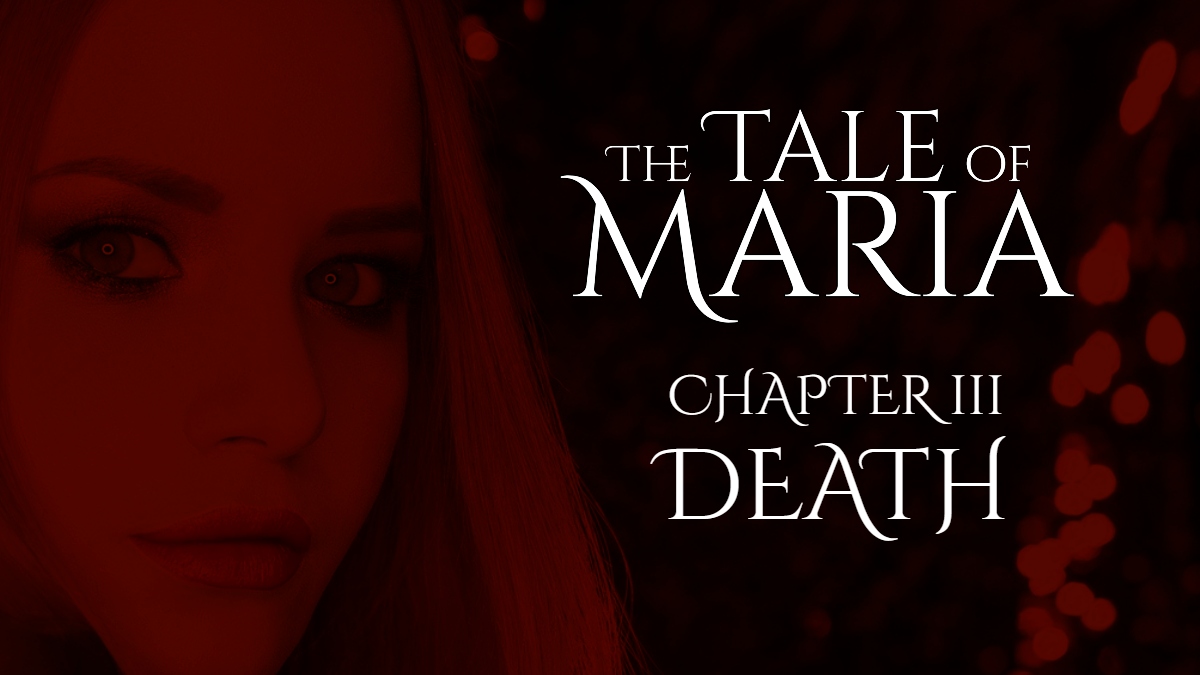 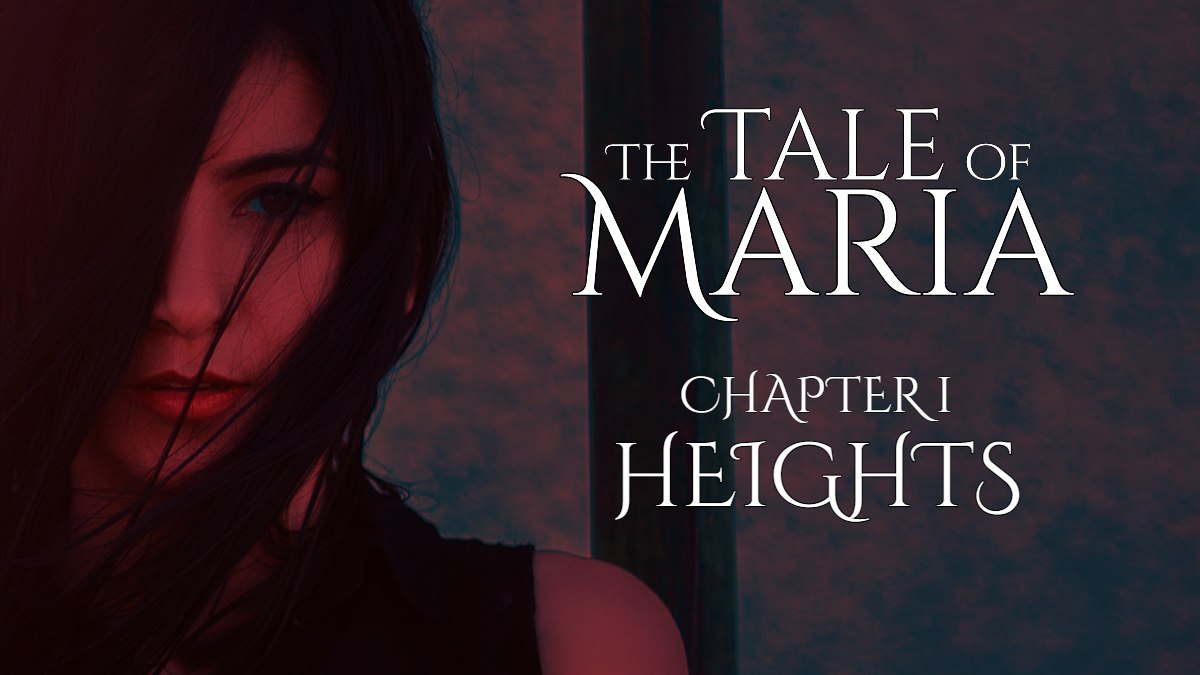