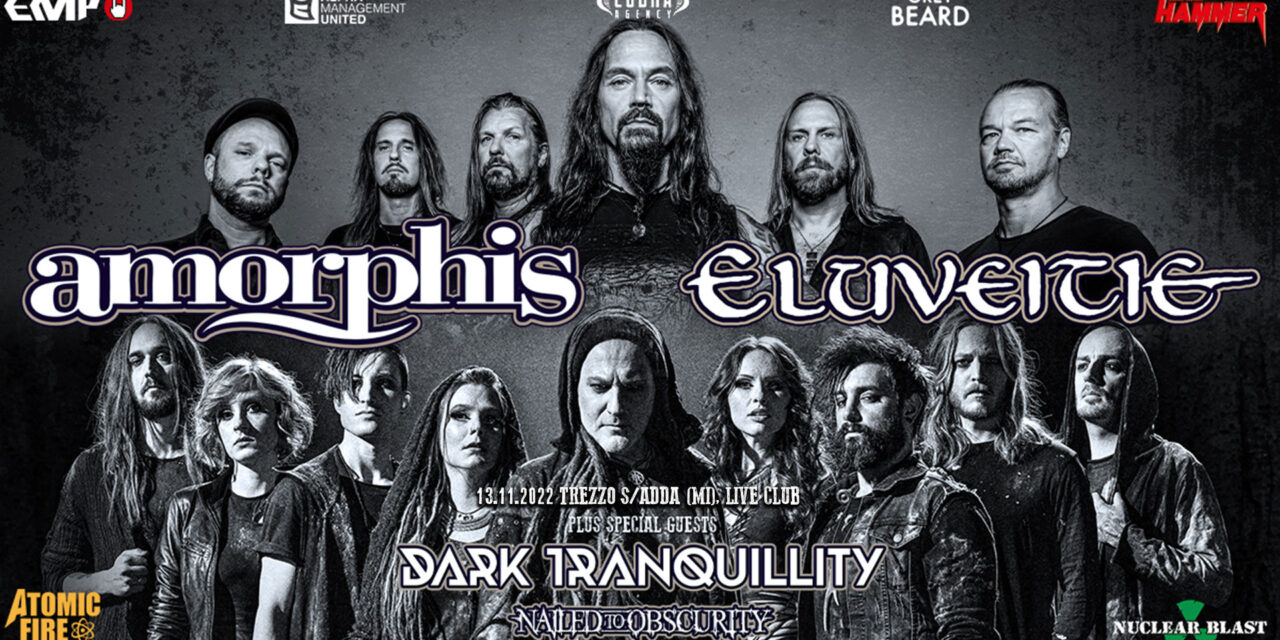 If you’re in the mood to spend an evening with the finest melodic death metal bands Europe can offer, you cannot miss this co-headline tour that includes Amorphis, Eluveitie, Dark Tranquillity and Nailed To Obscurity. A big thank you to Vertigo for their kindness and professionalism!

Even though the live shows were scheduled to start at 18:10, when I entered the venue a bit past 17:40, Nailed To Obscurity was already playing, which seemed a bit odd to me. I don’t like to write my review if I don’t see a band from the beginning of their set, but I guess I’ll make an exception for this once. The band was giving it all on stage, and the audience was slowly warming up to them. I found very interesting their melodies and the structure of their songs, which is why I will definitely check out their discography in a more extensive way.

10 minutes before their scheduled time, at 18:50, it’s time for the second band of the evening to enchant the audience of Milan. Mikael Stanne and his band members gave an outstanding performance, and the audience couldn’t get enough of them. I am quite sceptical when it comes to death metal, but they were so good, they gained at least one new fan yesterday! The images passing behind them sometimes had lyrics, and I loved this detail. Dark Tranquillity was very in sync, and I really appreciated the enthusiasm and feeling they were able to deliver to us in the crowd. What a band!

And now we’re ready to witness the first headliner of the night on the stage of Live Club, which is Eluveitie. I have been so lucky to see this band already two times, but this is the first time I’m seeing them with their new hurdy-gurdy player, Annie Riediger, which was such a pleasant surprise to see! This band also includes the charismatic and elegant Fabiene Erni on vocals, as well as Nicole Anspenger playing the violin. The whole group was remarkable, playing many of their classic hits as well as their new singles, “Aidus” and “Exile of the Gods“. I especially liked “The Call of the Mountains” in Italian, which is always a good gesture when a band makes an effort to sing in the mother tongue of the country where they perform!

Then, to close in a majestic way our night, Amorphis was ready to make the Live Club explode! Of course, the performance was mainly focused on the last release of the band, “Halo“, with both singles performed in this instance. And to satisfy even the most loyal fans, we were able to listen to some old hits of the band, like “House of Sleep” and “My Kantele“. Even though Finnish people have the reputation of being cold and distant, this fantastic group led by Esa Holopainen and Jan Rechberger wasn’t shy at all, and left in our hearts the memory of an unforgettable concert! 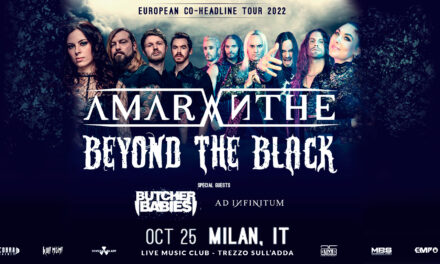 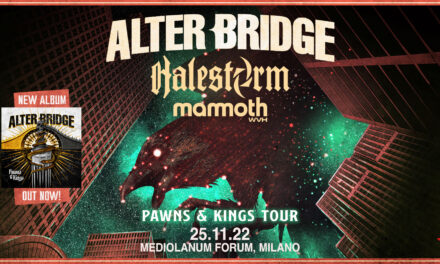 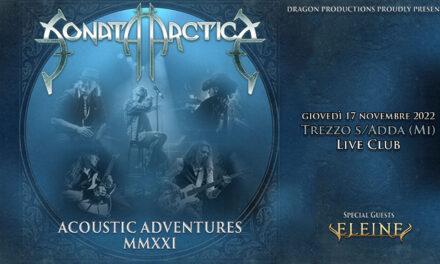 OUT NOW: Sonata Arctica and Eleine’s timeline for the concert in Trezzo Sull’Adda